The Cressi Bluetooth and USB Interface for the Cressi Cartesio, Neon, Nepto and Goa watch-sized dive computers is an external docking station to send data to your smartphone via Bluetooth — compatible with Android (from OS version 7.0 onwards) and iOS (from OS version 10 onwards) — or to transfer data on PC (from Windows 7 onwards) and Mac (from Yosemite onwards) through the USB connection.

The docking station is equipped with a CR 2032 battery included and replaceable by the user, which allows you not to consume the internal battery of the dive computer. The specific Cressi App is available on the Google Play Store and App Store. 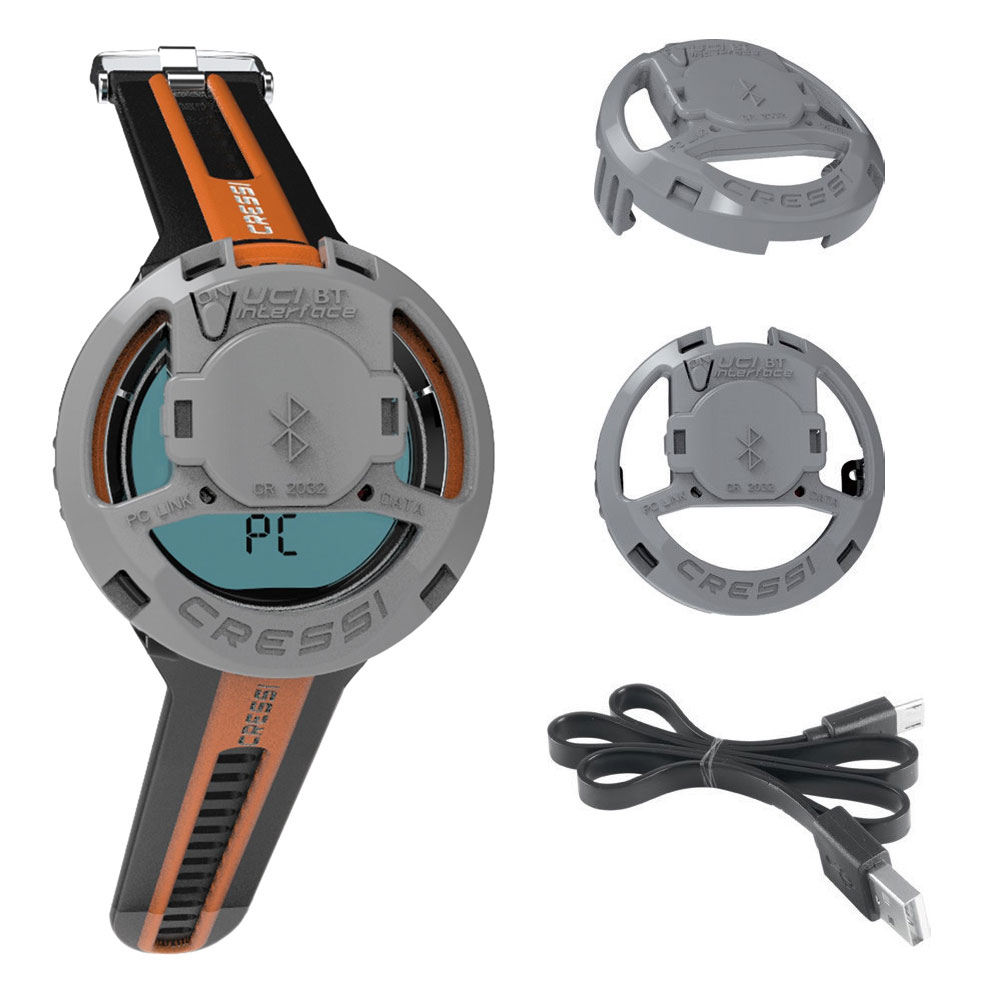